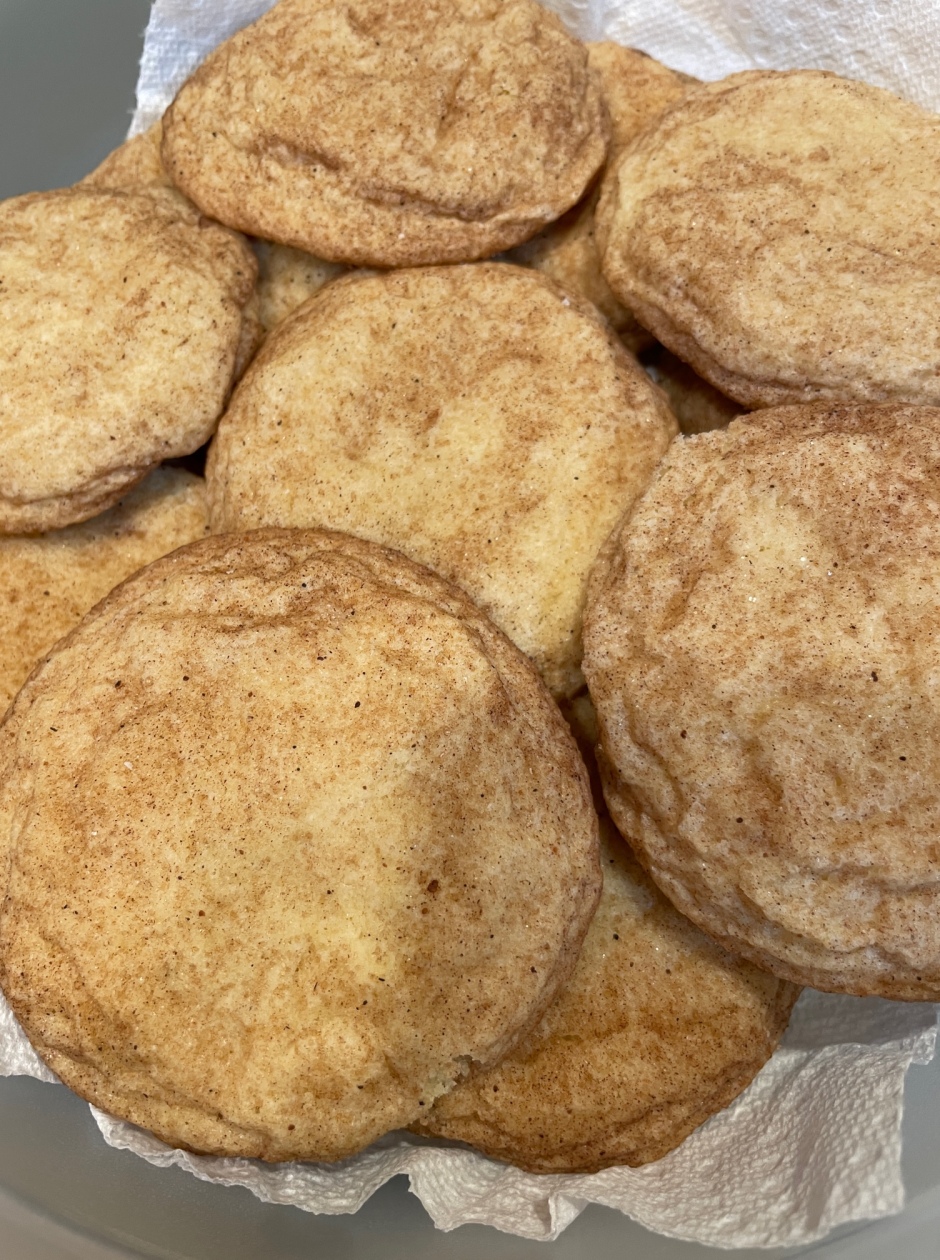 Over the weekend, I felt the desire to bake. It had been quite a long time since the baking bug hit me. Since it was a last-minute, I had to find a recipe where I had all of the ingredients already on hand. For the most part this meant that I was limited to cookies and/or bars. While combing through the Cookies chapter of the Magnolia Bakery Handbook I came across Snickerdoodles. Thankfully, I had everything in the ingredients, except for one, but I was able to make a substitution.

I also decided that instead of just using cinnamon, which is the classic Snickerdoodle flavor, I would add a fall twist. It’s November, after all, and despite the unusually warm weather over the weekend, it is still my favorite season. Can you guess what spice combination I used instead?

Pumpkin Spice! But more on that a little later.

After mixing all the ingredients together, you have to allow the dough to chill for an hour before you shape it into balls, cover in the spices, and bake. This dough was very sticky, so I wasn’t surprised that the chill time was necessary.

About an hour later, it was time to shape and bake. I used my cookie scoop to portion dough and had an assistant (my son) help me roll them into balls. We then combined the pumpkin spice mixture with some sugar and tossed the balls into them, covering them completely in autumn-flavored goodness.

The recipe yields about 30 cookies and I think we ended up with 29. Not too bad. And much closer to the recipe yield than some other recipes in this book. We placed ten a cookie sheet and baked them for the called for time. And guess what? They came out perfectly!

They smelled so good coming from the oven. But I knew I couldn’t try one right away. They were still really soft thanks to all that butter and sugar in the recipe. Plus the sugar on the outside. They had to sit on the pan for 5 minutes before cooling completely.

The wait was unbearable.

Once the cookies were almost completely cooled, it was time to taste. The cookie was light and fluffy, just like a snickerdoodle should be. Despite the pumpkin spice flavor on the outside, I found that I couldn’t really taste it too much. Though, the cookies did smell like pumpkin spice. I was only slightly disappointed overall with the lack of flavor.

What I found interesting was that a little later on, and definitely the next day, the cookies did have more of the pumpkin spice flavor than the day before. Since I didn’t need to have over two dozen cookies in the house, I brought about half of them to work where they were a huge hit. I guess my coworkers are sugar addicts, just like I am.