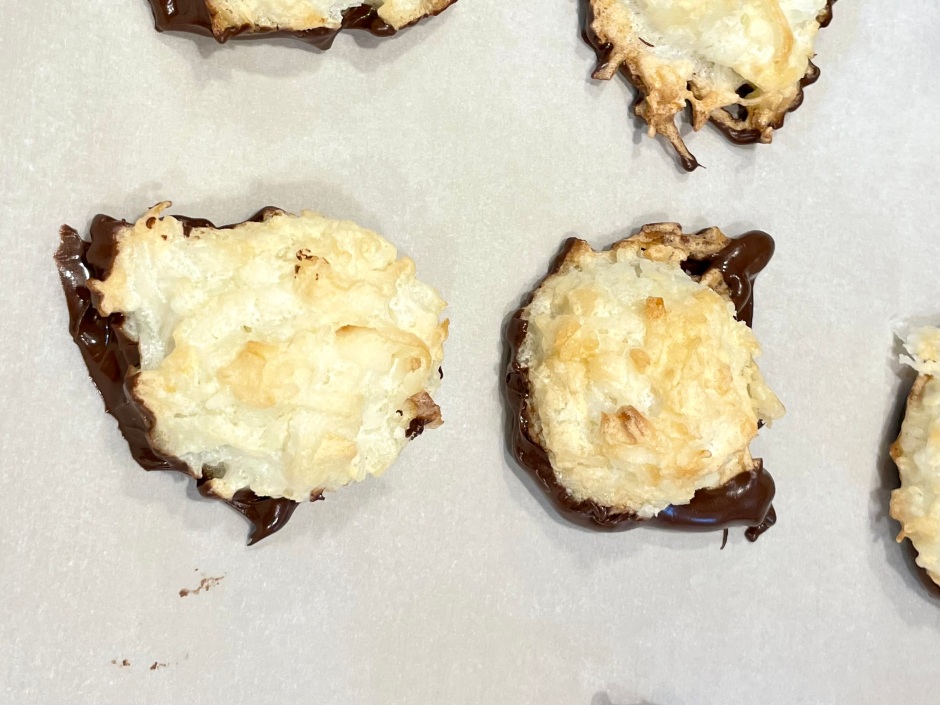 Last week, I was looking for a quick cookie recipe. I was in the mood to bake, but I wasn’t in the mood to spend hours in the kitchen. While thumbing through the MB cookbook, I stumbled upon the Coconut Macaroon recipe. I knew instantly that that was the cookie I had to make that day!

END_OF_DOCUMENT_TOKEN_TO_BE_REPLACED 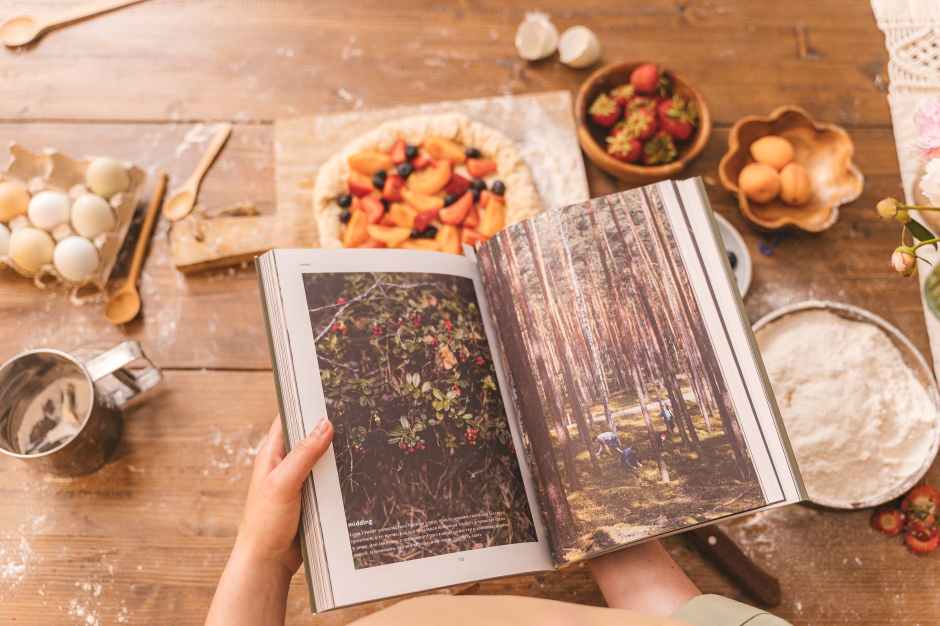 This month was just not as baking-heavy as February. This tends to happen in March for me as the weather gets warmer, the days grow longer, and I start emerging from my winter semi-solitude. But, I did manage to bake two recipes, though!

In fact, many of my posts were crafting related, versus baking related.

END_OF_DOCUMENT_TOKEN_TO_BE_REPLACED 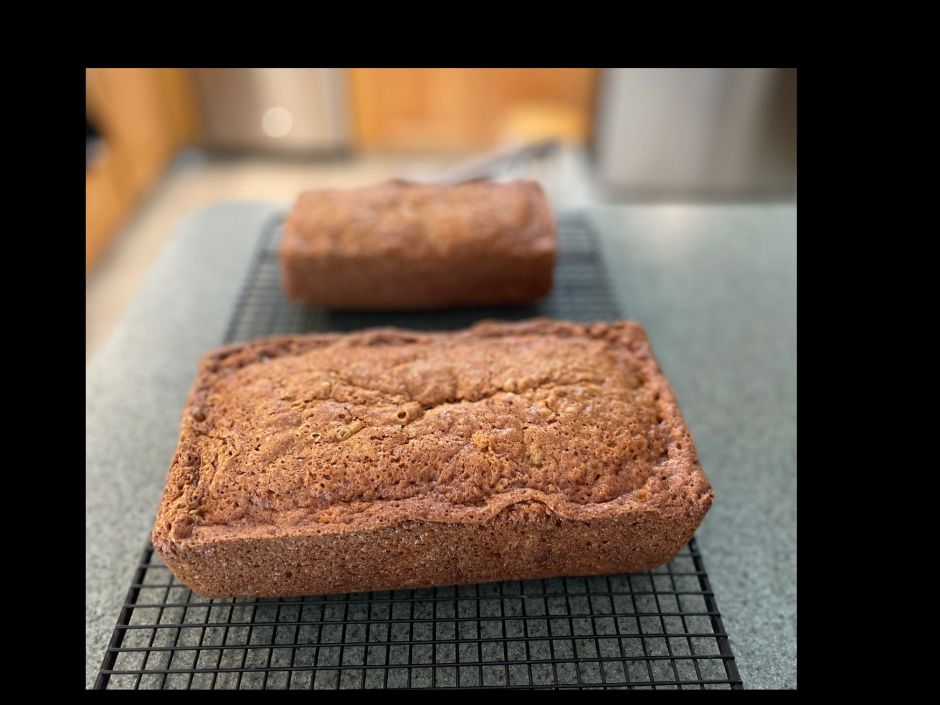 Every year my family plants a garden in the spring and in the late summer and into the early fall we reap the harvest. Tomatoes of various sizes, eggplants, peppers, zucchini, string beans, cucumbers, the list could go on. While many of our plants are very prolific (this year, especially, the cherry tomatoes), our zucchini plants this year did not do as well as usual. While we still were able to eat some home-grown summer squash, the numbers were far fewer than in years past.

One day, our fridge was overloaded with some large zucchinis, so I figured it’d be a good idea to whip up some zucchini bread. You know, kind of like April 2020 when everyone had those bananas that were beginning to turn brown and the whole world started baking banana bread.

I was a little hesitant to try Ree’s zucchini recipe. After all, I love the one that we use in our family from my grandmother. So, PW had big shoes to fill! And guess what? It did!

This recipe came together quickly and the bread baked beautifully. I also like that it makes two loaves. It was smart on Ree’s part. The first loaf didn’t last very long so it was good that we had a second one to eat through. The bread was super moist and flavorful — the addition of cinnamon really makes the flavors pop.

This is definitely a recipe I will be making again!

I have some progress pics below… 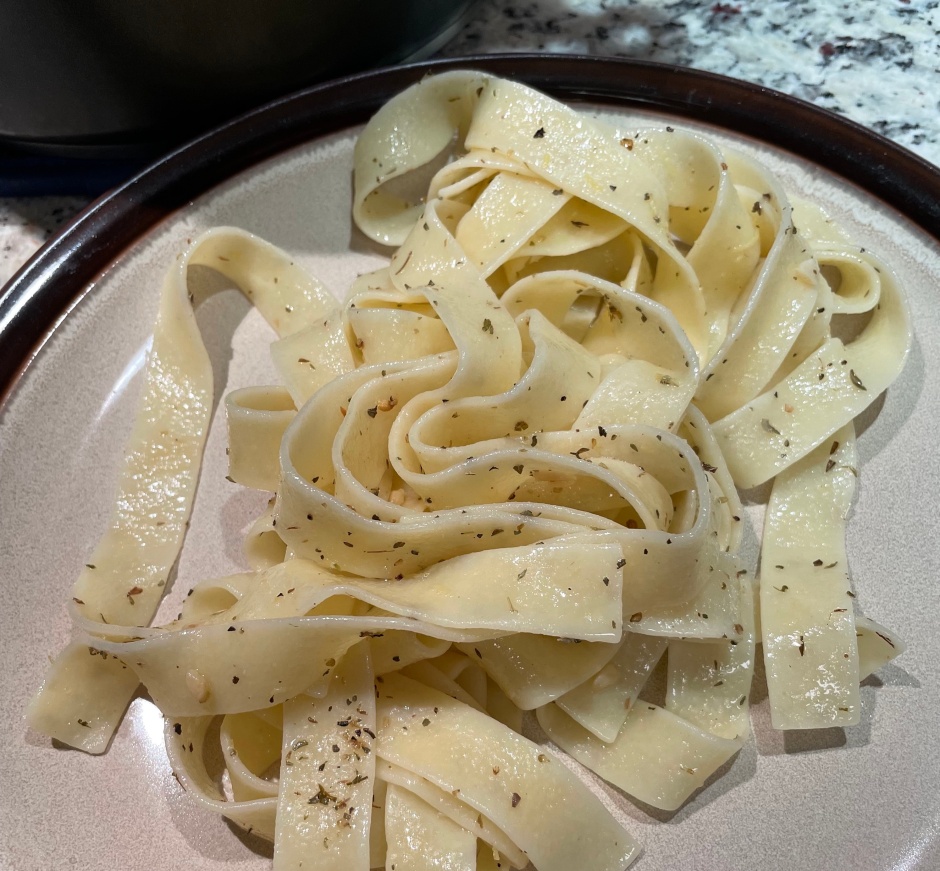 Late last week I shared with you my second recipe from Pioneer Woman: Beef Stroganoff.

Traditionally, stroganoff is served over a bed of egg noodles or other pasta which helps to make it a “complete meal.” (I say “complete meal” because I doubt the amount of vegetables in a single serving of stroganoff counts as a full serving, but I digress…) So I was a little surprised to find that PW’s recipe for stroganoff didn’t include any pasta. In fact, she recommends serving it with her Buttered Parsley Noodles.

At first, I was a little hesitant. Regular pasta is thicker than egg noodles and with beef as the main ingredient, I didn’t want the bite to be too hearty. But, I figured I’d give it a go anyway. Plus, when you are cooking-through someone’s recipe backlog, anytime you can sneak in an extra recipe or two is extremely beneficial.

This is a simple side dish that is very low fuss. It’s basically buttered noddles, but with a heightened flavor profile. This recipe calls for pappardelle noodles, which is a pasta shape I have not used before in my cooking. Much thicker than linguine, pappardelle is great when you want to substitute out something like egg noddles. Unlike egg noodles, though, pappardelle is a long pasta, similar to spaghetti or fettuccine so just be prepared for that.

Combining garlic, lemon zest and juice, salt, pepper, and of course, butter and parsley, these noodles a quick side dish that comes together before you know it. I only gave it a 3 out of 5 because it didn’t really add to the beef stroganoff recipe I made. I think I would have preferred traditional egg noddles in that instances. But, on it’s own, this side dish is great!

See the picture above for how it turned out! 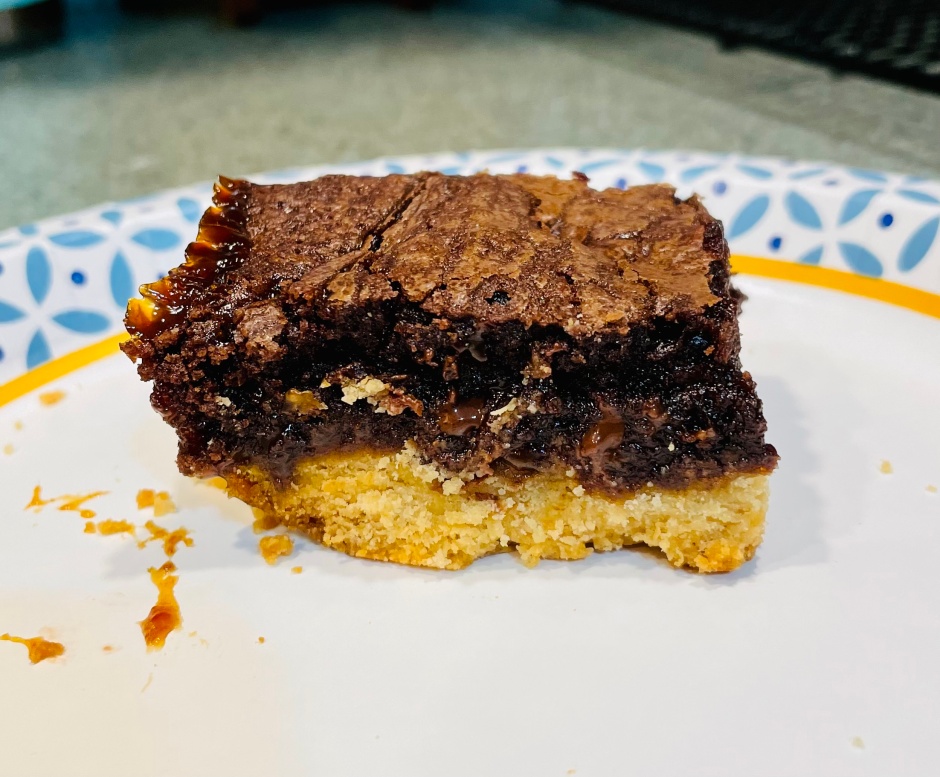 It’s been a minute since I baked something out of the Magnolia Bakery Handbook, no?

The last recipe I made was the fabulous Blueberry Jamboree which I still have dreams about!

This time, I was in the mood for brownies but I wanted something a little bit fancier than your usual brownies. So, I decided to make the brownies fit for the rich: Billionaire Brownies. A shortbread crust drizzled with some caramel then topped with a lush fudge brownie sounds like heaven, right?

Well, it didn’t turn out exactly the way I thought it would. Here’s what happened.

END_OF_DOCUMENT_TOKEN_TO_BE_REPLACED

For my second Pioneer Woman recipe, I decided to make one of my favorite dishes: Beef Stroganoff.

As someone who did not grow up eating a lot of red meat, beef stroganoff was not something I can really remember having as a child or even a teenager. I fell in love with beef stroganoff a number of years ago when my best friend made it for dinner for us. He claims that the recipe is from his grandmother, but he leaves out certain ingredients such as mushrooms since he doesn’t like them. Needless to say, this has been the version I’ve been making for a few years.

Until I stumbled upon Ree’s recipe. Featured in her cookbook, Dinnertime! this recipe looks amazing and it is super simple.

END_OF_DOCUMENT_TOKEN_TO_BE_REPLACED 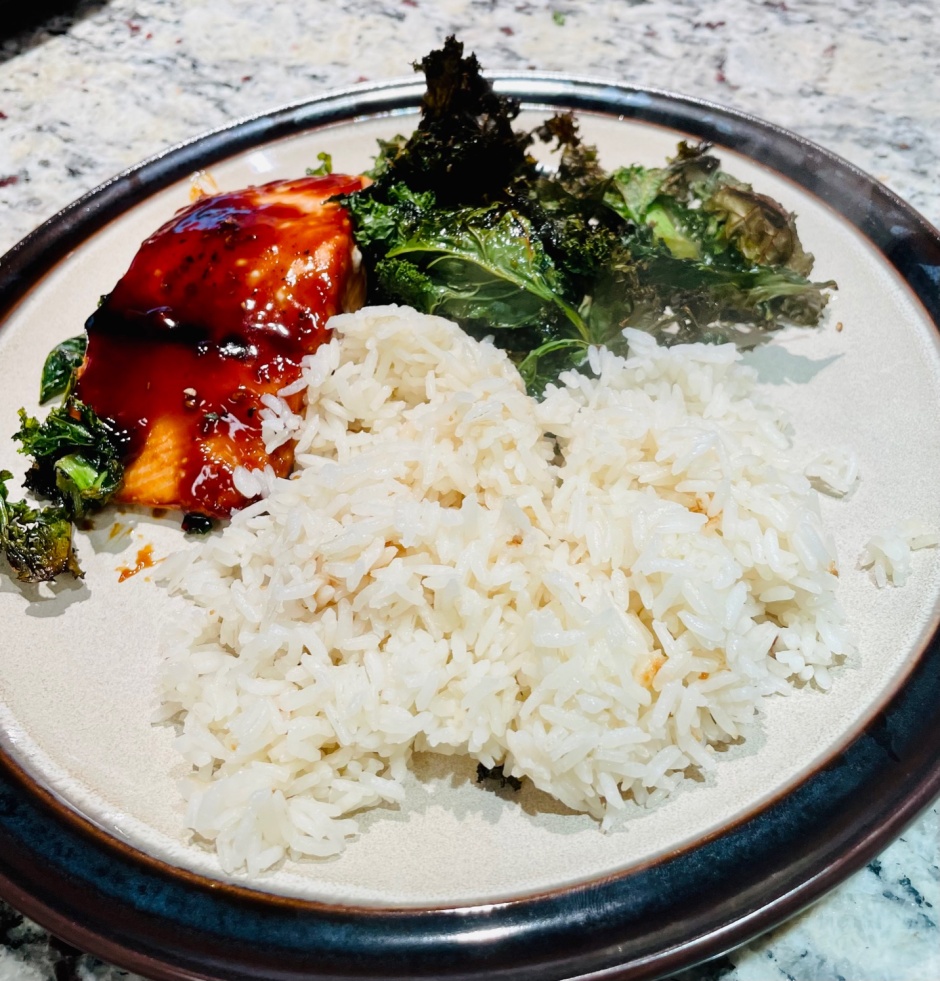 The first recipe on this journey was an easy one. I also loved that it was a sheet pan recipe, so clean up was extremely minimal.

This recipe was so easy and almost hands-off, so there were no pitfalls except for the fact that I think I need to add more kale to the sheet pan. That stuff really cooks down, like spinach, and I forgot about that.

There were basically three main steps to this dish: kale on the pan and season, add salmon and cover with teriyaki, bake! Super, super simple. It’s a wonderful week-night meal since it can be ready in under 25 minutes. It is also an easily scalable recipe. As a first recipe, this one was the perfect choice. It was not very involved and it tasted amazing so it gave me the renewed confidence that I needed for this project.

Here are some pictures below, since I’m trying to take more of them during the cooking process.

See? An easy recipe with only a few ingredients and only one dirty dish. This is a true winner!

We served this meal with a side of white rice, but it would be even better with brown rice or quinoa!

I can see why people flock to Ree’s website and TV show. Her recipes are simple and are designed for modern parents — quick recipes, easy clean up makes for a real winner in my book. I have a feeling I’ll be coasting through these Sheet Pan suppers in no time! Who wouldn’t want a beautiful and tasty meal with little cleanup? 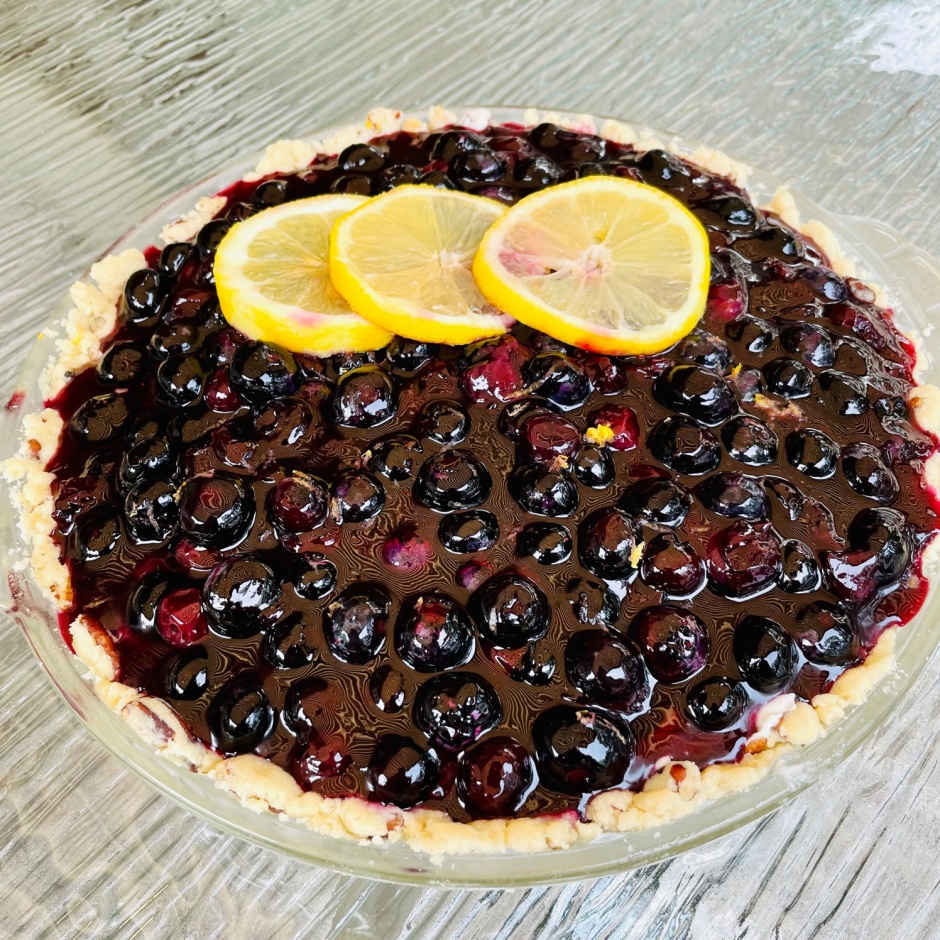 I had a few days off from work this week. I didn’t go anywhere, I was able to take some time for myself. While I didn’t get everything done that I wanted (mainly due to my own laziness and poor planning skills…and the fact that I took a nap one afternoon), I did spend the majority of Tuesday in the kitchen making something tasty.

I also took the time to try and take some halfway decent photos of what I made, which you can see in this post! I am really working on upping my photography game.

So what did I make?

It appears that I am on a Magnolia Bakery kick lately. I’m not sure if it’s because of an article about their vanilla cupcakes is making the rounds online or I’m still just infatuated by the cookbook itself. Whatever the reason, I decided to tackle a recipe from the Icebox Desserts chapter this week.

END_OF_DOCUMENT_TOKEN_TO_BE_REPLACED 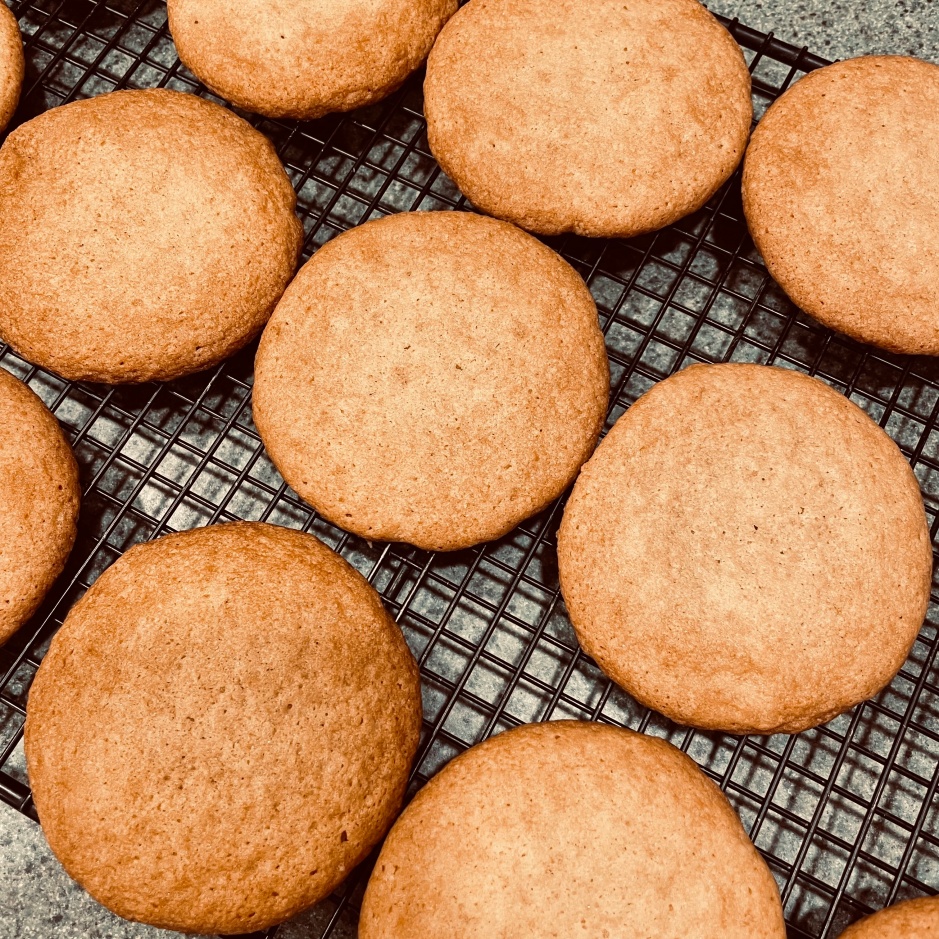 Last week, I came home from work and was in the mood to bake. But, by the time I got home, ate dinner, and did some chores, I was not in the mood to go to the store. So, I had to pick a recipe that called for ingredients that I already had on-hand.

Enter Brown Sugar Cookies from the Magnolia Bakery Handbook. I recalled that this recipe was in the book and they looked interesting, so I seized this opportunity to make them. The only downside was the recipe required that the dough chill for at least 30 minutes before baking. Ms. Lloyd says that her cookie recipes should actually chill overnight before baking, but 30 minutes will do. In fact, I let this chill for a little over an hour before I started the baking process.

END_OF_DOCUMENT_TOKEN_TO_BE_REPLACED 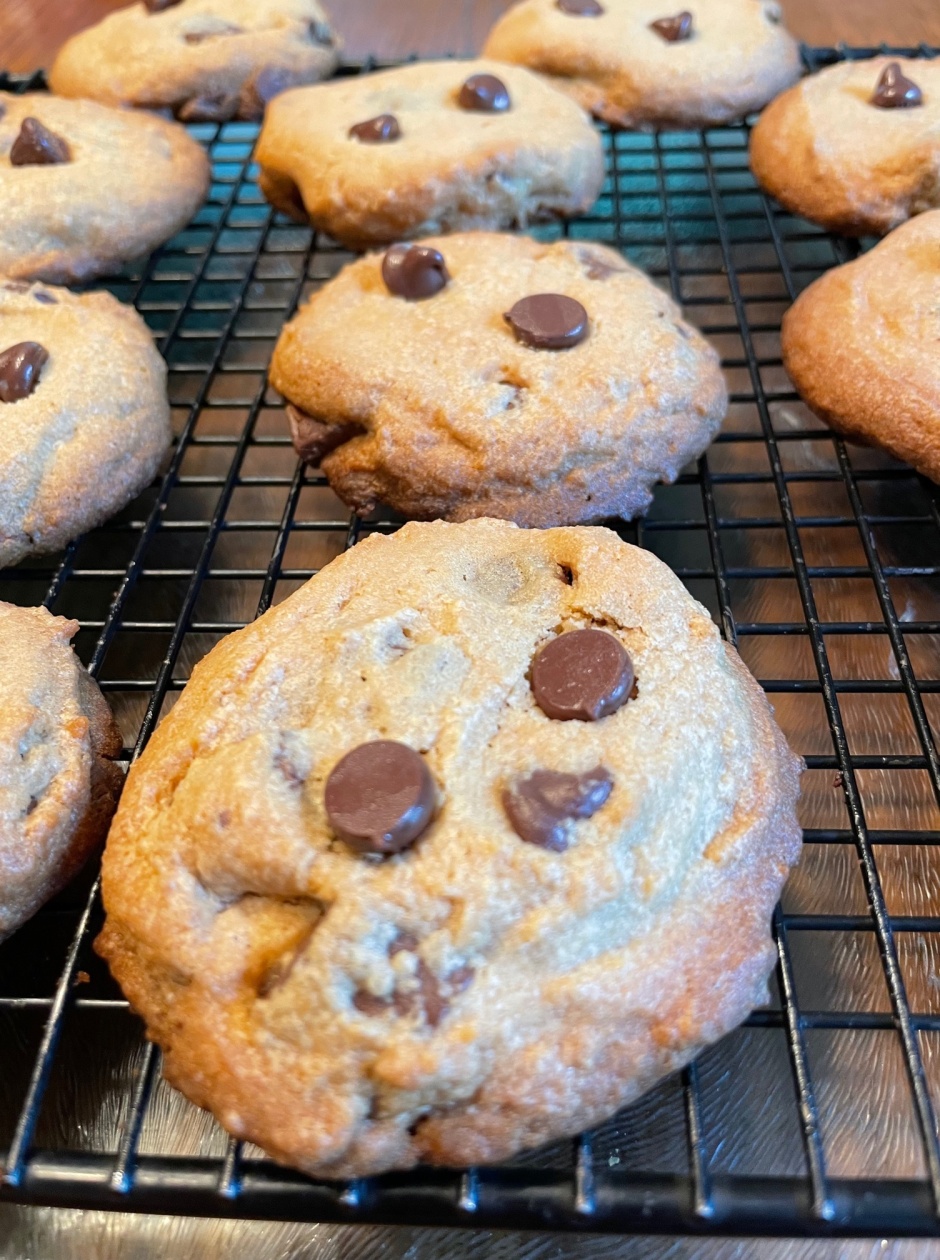 This recipe comes from Parties! page 236.

The second baking recipe I made over the weekend comes from the early days of Ina. Her second cookbook, Barefoot Contessa Parties! takes on a menu-based theme. Recipes are organized not by type, but by party theme.

The recipe I chose to make from this book is one of three variations on the same base recipe. Combined, all three would make wonderful treats for friends or family. But the star recipe of the bake on Sunday was the Peanut Butter Chocolate Chunk cookies.

There were surprisingly so simple to make. At first I was hesitant because there isn’t a lot of peanut butter in the recipe and it makes a lot of cookies…like over three dozen! At least that’s how many I got out of it. However, upon biting into one, they tasted like a Reese’s Peanut Butter Cup! I was in heaven!

In the recipe, Ina states that these cookies should bake for 17 minutes. I did that for the first tray of 8 cookies. But when I removed them from the oven, I found them to be too browned and overdone. When tasted, they were much drier and didn’t really have a lot of flavor. They were overdone.

So, I adjusted for the remainder of the batch. I baked them for only 16 minutes and they were perfect! What a difference 60 seconds could make, huh? Who would have thought so much could happen in such a short amount of time?

These cookies are super simple but packed with flavor. Everyone loved them. I think they belong on the Favorites list!