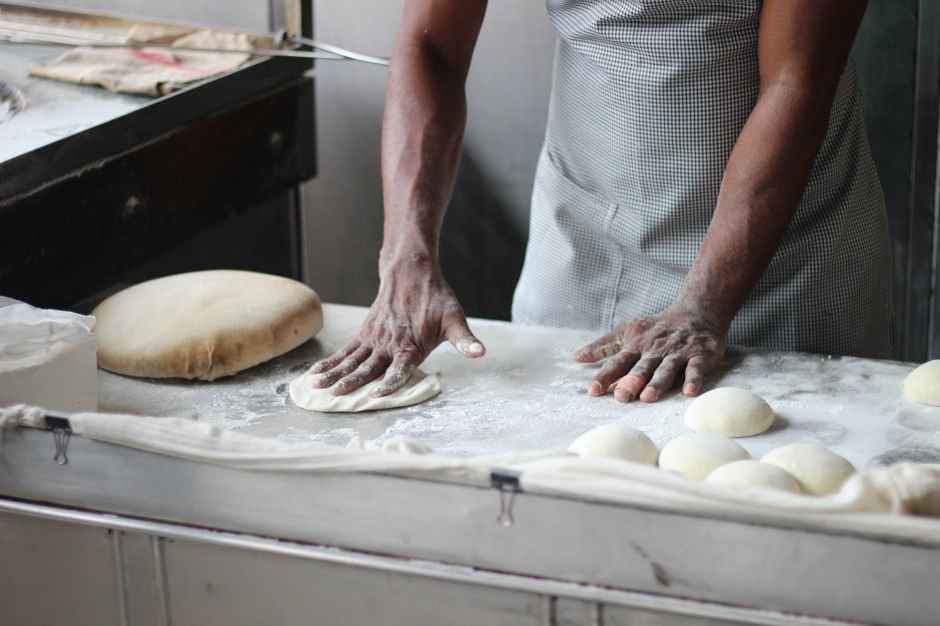 In the colder months, I typically like to bake bread. It’s a process that kind of lends itself to needing to be done on days when you are home more. While a lot of the time is passive, I have found that the stretches of time are not exactly long enough for me to leave the house to run errands. I also tend to stay home more in the winter months. The darkness that comes at 4:30 isn’t fun.

This past weekend, my boyfriend and I baked some bread. He found a video on YouTube a couple weeks back and ever since he watched it, he’s been asking to bake the bread in the recipe. Now, I do have some experience baking bread. During the early months of Lockdown, I was baking bread weekly while I was “working from home.” But ever since then, my bread baking desire has waned.

But this recipe did catch my interest and the crust the bread developed was intriguing! In the video, he goes through three different ways the bread can be baked from the same recipe. Though we were attempting the third type, the finished product came out more like the second type of bread. Check out Brian’s video to see what I’m talking about.

Even though it didn’t turn out exactly the way we wanted it to, the bread was still tasty and that crust — man, was it good!