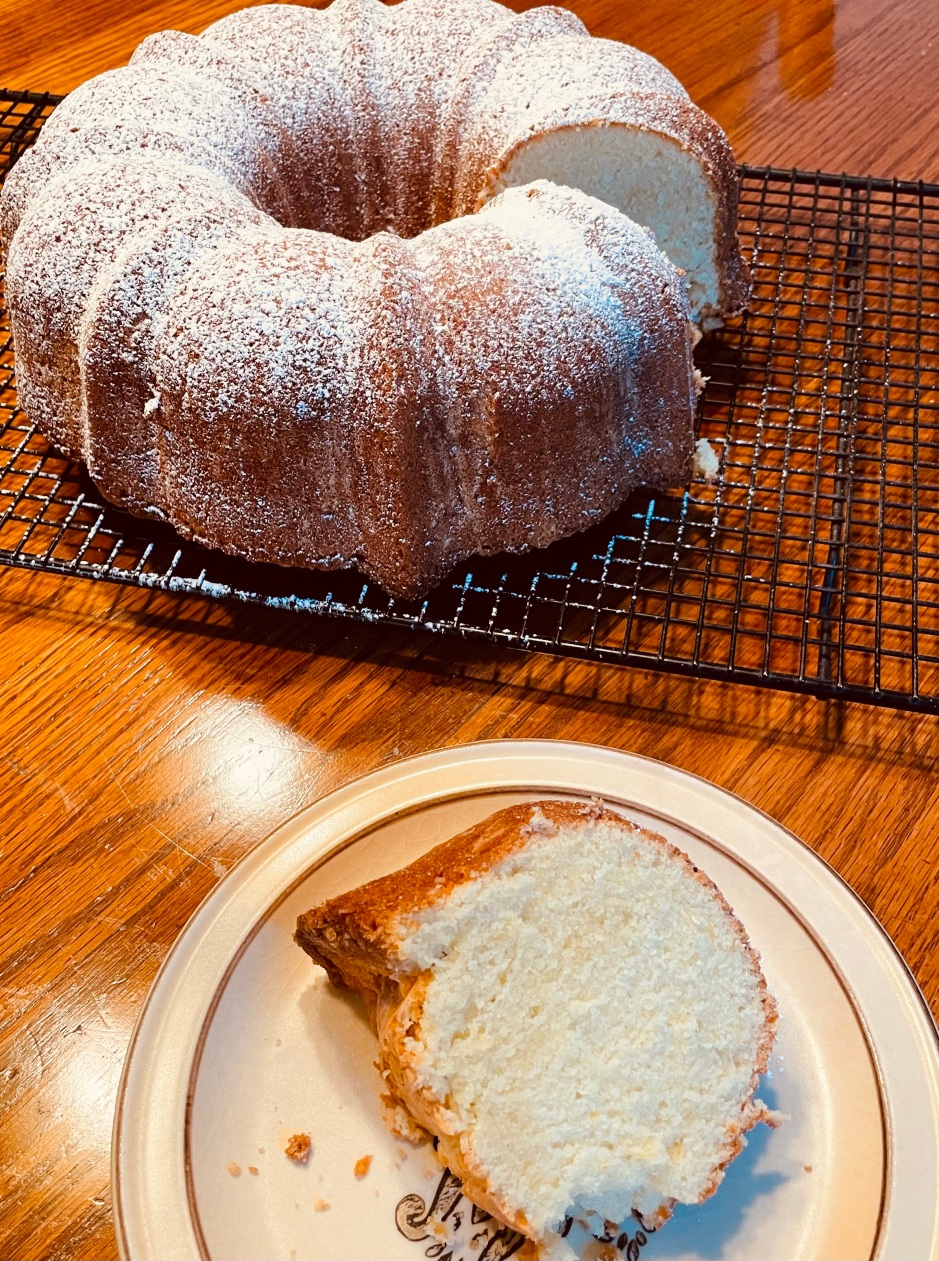 Sometimes you’re just in the mood to bake a cake.

That was me one day last week. I had been feeling a little out of sorts and figured baking a yummy treat would help cheer me up. I also wanted to bake something other than cookies. Eventually, I settled on yet another recipe out of the Magnolia Bakery Cookbook and I wasn’t disappointed.

It had also been quite some time since I baked a cake out of this cookbook. Sadly though, this cake didn’t come from the “Cakes” chapter. It actually came from the muffins and coffee cake chapter. This cake was also in a pan that I haven’t used in years! The Bundt pan.

I was kind of excited to see the result. Bundt pan cakes always amazed me due to their interesting shape. That wasn’t the only interesting aspect of this cake. One of the ingredients was one that I haven’t used in my baking before. (At least that I can recall.) This recipe calls for using club soda. Its use is to help make the cake light and fluffy (carbonation adds air). This recipe also called for 3 sticks of butter (!) and six–yes, six (!!) eggs.

To be honest, the recipe in the cookbook actually has you making half the recipe (the numbers above are doubled) and make cute mini-Bundt cakes. But since I don’t have a mini Bundt pan, and I didn’t really want to purchase one just for this, I opted to follow the recommendation on the bottom of the page.

The cake was easy to assemble and it baked quicker than the recipe indicated. In fact, I think I over-baked it slightly.

The lemon zest in this cake really came through on the finished product. Which wasn’t too surprising–for the regular sized Bundt pan, you have to use 4 teaspoons of lemon zest. It sounds like a lot, but it was only about two lemons.

The large amount of sugar and butter in this recipe also required quite some time to cream. But I really let it go…I love the change that takes place when creaming sugar and butter together. It’s like magic!

Eventually, the cake batter was ready to be poured into the Bundt pan and baked to perfection.

Once the cake cooled a little bit, I dusted it with powered sugar to give it a little extra sweetness. It also looked snow kissed. I couldn’t believe how elegant the cake looked after giving it the dusting.

Once the cake cooled completely, it was time to take a bite!

It was heavenly! It was so light and flavorful. It melted in my mouth.

This cake was a cinch to make, but does require quite a bit of ingredients. But it’s worth it. And it’s perfect to feed a crowd at a party, book club, or coffee meet and greet.