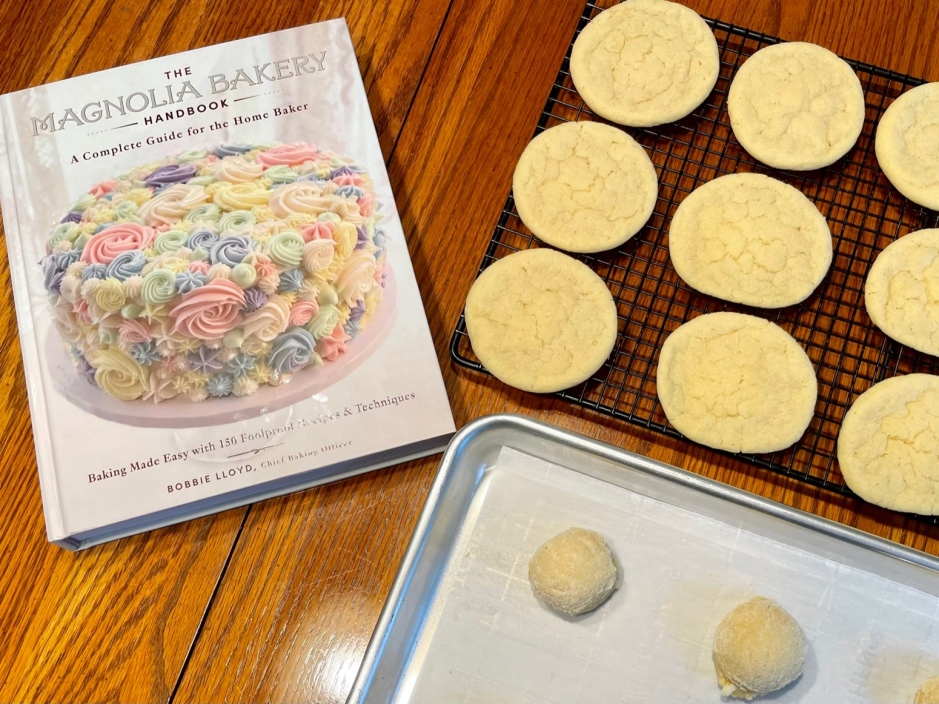 Last weekend was full of baking! It began with the Harvest Apple Cupcakes which were a big hit! However, the baking bug was not satiated, so I had the urge to make cookies. Plus, what else is there to do on a gloomy fall Sunday afternoon?

I knew cookies would be far less time consuming than something like cupcakes. Plus, leftovers are much easier to transport since they can be easily packaged and I wouldn’t have to worry about frosting getting messed up. So, thumbing through the MBC, I decided on the Cracked Sugar Cookies.

Unlike some of the other cookies in the MBC, these cookies do not require any chill time. Which make them perfect for a cookie emergency! (Which, of course, is a thing!!) And I was in luck…this recipe called for egg yolks. Which means that the half dozen eggs I needed to sacrifice for their whites in order to make the frosting from Friday ended up not being wasted after all.

However, since the recipe calls for four egg yolks, and I had six on hand, I decided to just make one-and-half times the recipe. Yay for even more cookies!

I also decided that I wanted to do a little experiment. I chose to let the butter and sugar cream for a long time….a full five or six minutes. I stopped the mixer every so often to scrap the sides of the bowl and the bottom. But eventually, the butter and sugar became so light and airy it resembled frosting!

After that, the recipe was your standard cookie recipe. Except there was the added technique of dipping the tops of the dough balls in sugar to make them even sweeter! Soon, it was time to bake. I was expecting about 36 cookies, based on the original recipe yield. I ended up getting 40 cookies in all. No complaints from me!

These cookies were soft and chewy. The extra sugar on the top added an extra special something to their flavor. They were also a decent size. They reminded me of truly bakery-style cookies. One of the things I loved the most about these cookies was how varied they all looked. No two were the same, thanks to the way they cracked when coming out of the oven.