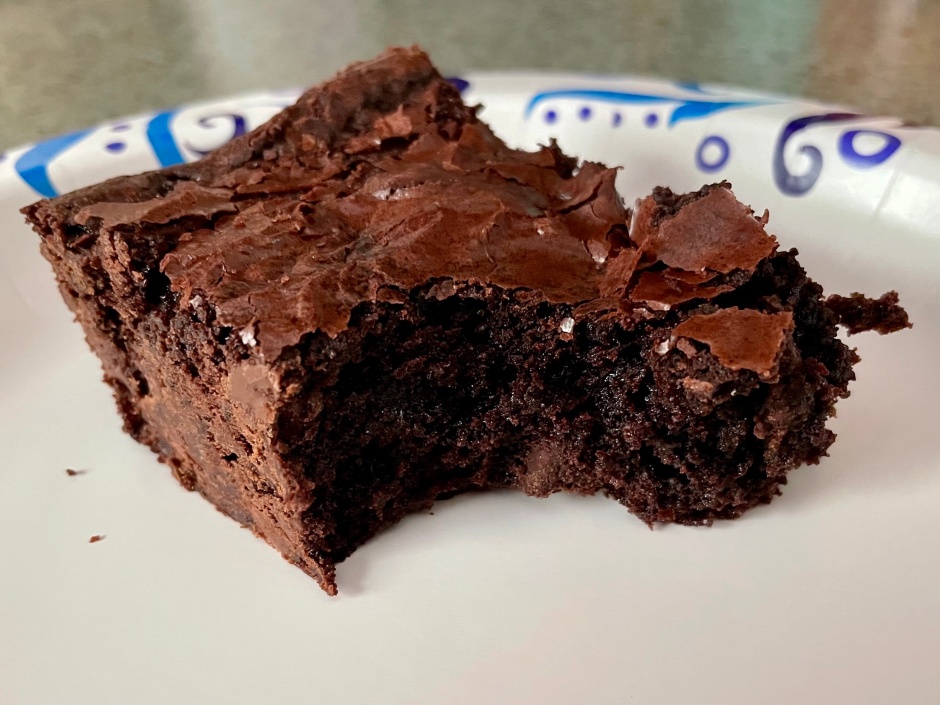 You may remember back in May I purchased the King Arthur Baking Company All-Purpose Baker’s Companion. Well, I finally had an opportunity to make one of the fabulous recipes in the book. The hardest part for me was deciding which recipe to make. I wanted something easy and a recipe that I had all or almost all of the ingredients already. Once I got to the Cookies and Bars chapter, the answer jumped right out at me.

Brownies! Fudge Brownies to be precise!

This recipe did have some new techniques for me, but it wasn’t anything too difficult. In fact, one of the techniques was something that I hadn’t come across before in a brownie recipe. The recipe stated that you should combine the butter and sugar in a saucepan and melt the two together in order to create a nice shine on the top. I was a little skeptical at first since other brownie recipes has somewhat of shine on top of the brownie without me doing the butter and sugar heating method. But, I did it anyway! And it was worth it!

This brownie recipe created a fudgey brownie that was LOADED with chocolate flavor. Another interesting thing about this recipe was the fact that you don’t add the flour until the very end (in fact, you only add the chocolate chips after the flour). This is probably done to prevent too much gluten forming from the flour which would yield a denser brownie. Cake-like isn’t the goal with this recipe. Being sure to not over-mix the flour and the batter in general would yield these results.

I definitely recommend that you run out and purchase this cookbook for this recipe alone! That’s how good these brownies are. I promise, you won’t be sorry. You’ll probably end up making these brownies often. The first batch won’t last very long!