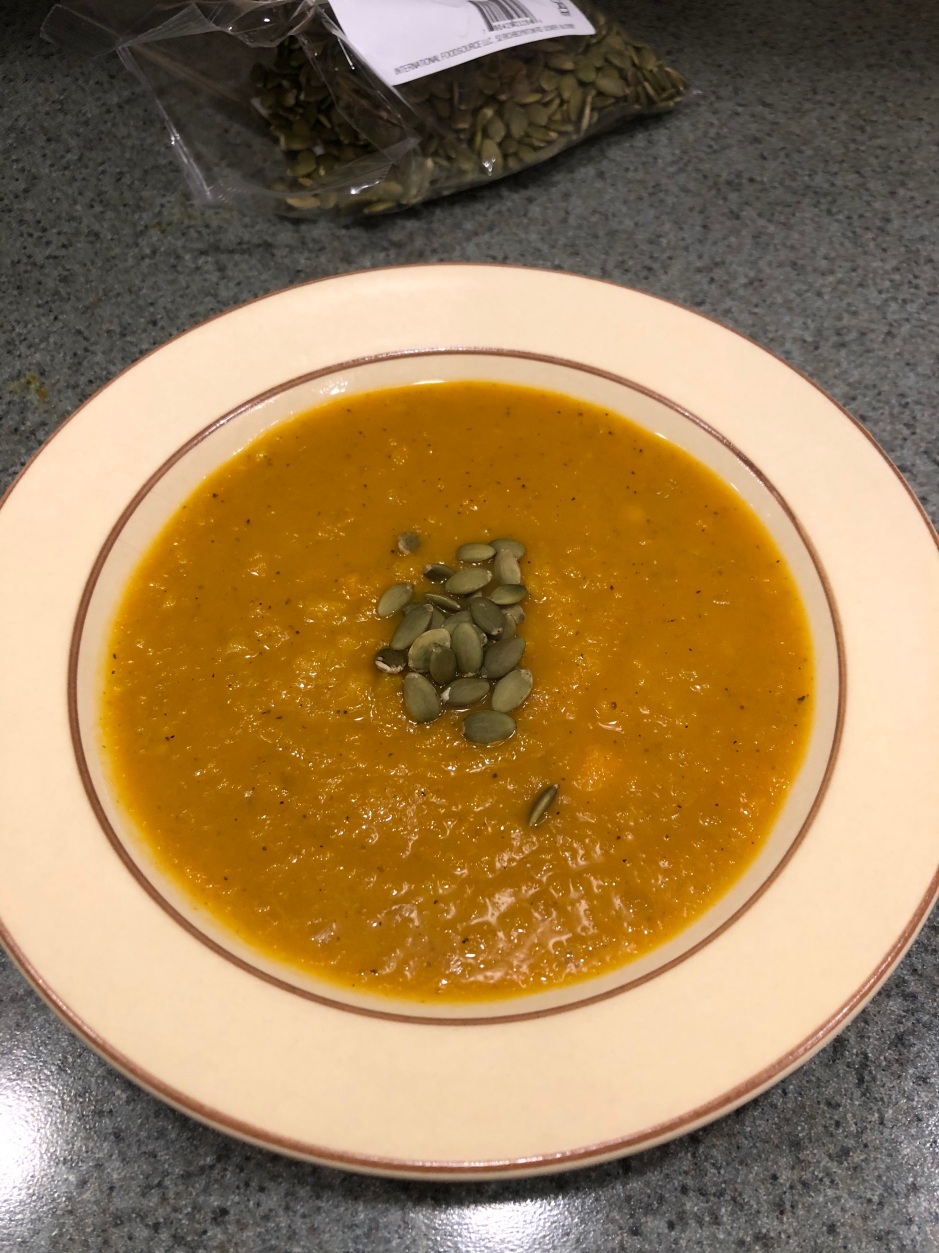 This recipe can be found in Parties!, page 221.

By the time New England reaches late November, Fall is in full swing. In my area of New England, the leaves are practically gone from the trees. Bare trees will cover the landscape until mid-May when the new leaves start their lives.

This time of year always makes me want to cook “fall favorites” as I call them. Pumpkins, apples, squashes, nuts, etc fill my kitchen. And this weekend’s recipe was not exception. This one included two “fall favorites”: butternut squash and apples! Not much else would say “fall recipe.”

This recipe from the early years of Ina is rooted in her specialty food store. According to the recipe’s head notes, it was a popular dish there. It is also one of Ina’s favorite soups. After tasting it, I can see why. Filled with warm, autumn flavors and easy to make, this recipe should become part of everyone’s repertoire.

One of the greatest things about this soup recipe is that is easy to make. While cutting a butternut squash does take some elbow grease, there really isn’t much else that needs to be done. Chop the squash, onion, and apples (peeled). Throw them into a pot with some water and spices and let it cook.

Puree it in a food processor — Ina recommends a food mill, but I don’t own one — and there you have it! It’ll be ready in a little over an hour.

Another great thing about this soup is its texture. The coarse-ness of the vegetables after cooking down and going through a food processor makes you feel like you are eating something substantial. Most of the time when I have soup, I get hungry afterwards, especially in broth-based soups, since I don’t do a lot of chewing.

Finally, this soup is also vegetarian and can easily be made vegan if you switch out the butter for a non-dairy option. I would even argue you can forgo the butter all together and use just a bit more olive oil.

This recipe also was received by my family. I had some leftovers for lunch the next and it did taste slightly different, which isn’t unusual. Even though the flavor wasn’t as pungent as the night before, I opted not to add any additional salt and pepper. It didn’t really need it.

For a garnish? I topped ours with some pumpkin seeds.

Enter your email below so you'll never miss a post.